Showing appreciation to the volunteers who bring your Scouting programmes to life is so important. Making sure that people are valued and that their efforts are recognised can take on many forms. Once of which is through a SCOUTS SA Award. At the helm of our National Awards Committee, we find Andrew Campbell.

SSA: Can you please share a little about your Scouting journey? 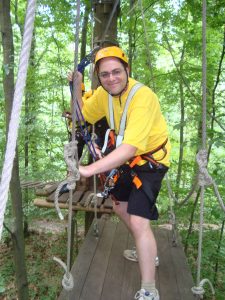 Andrew: I joined the Scout Movement as a Cub in 1988 (giving away my age) at 1st Bedfordview. I went on to obtain my Leaping Wolf, Springbok and BP Awards. I served as Assistant Troop Scouter (ATS), Troop Scouter (TS), and Rover Scouter (RS) at 1st Bedfordview. I also served as an Assistant District Commission (ADC), Member of the Support Team for Rovers and as chair of GRAC, NRAC and the NAC. My primary role at present is District Commissioner (DC) for the Northrand District in the Gauteng Scout Region. I have been awarded a Medal of Merit, 2 Chief Scout Commendations, and a 20-year Bar to the Long Service Medal. I have attended 3 World Scout Jamborees and 1 World Rover Moot. I have also hiked through the Cederberg 7 – (soon to be 8 – times during the Senior Scout Adventures.  I have also staffed at PLTU and helped out on the occasional training course.

SSA: You have spent years in service of the Scout Movement. What has kept you going?

Andrew: I love watching the youth achieve. I once had a kid join my Troop who was so afraid of heights that he would not agree to get lowered down 1m with a rope. Within a year we had him going down an aerial runway built on the top of our 2-story high Scout hall. I also love what Scouts does for our country. In this regard I particularly love reading the achievements of the Limpopo Region and how they impact positively on so many young lives and communities. I think Scouting is a force that could fix the many problems in our country.

Andrew: Focus on the children. It is all about the children and what difference you make to them.

SSA: What Adult Scout Award have you received that stood out for you and why?

Andrew: The Chief Scout’s Commendation that I received as part of the organising team for the North American WSJ. This was because it was completely unexpected. I really didn’t feel that it was warranted, it was such a nice surprise!

SSA: How rewarding is it to be a member of the National Awards Committee? 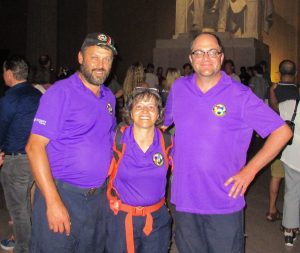 Andrew: I think it is rewarding for two reasons. Firstly, we get to read all about the amazing work that so many people are doing all around the country. Often, we are in our own little bubble with regards our own Groups, Districts and Regions and forget the bigger picture. Being on the National Awards Committee brings home just how awesome Scouting is all around the country. Secondly, as a DC I know how much awards mean to the recipients. It is humbling to be part of a process of recognising our volunteers and personally gives me a warm feeling to know how much they will appreciate the award when it is finally made.

SSA: Scouters are sometimes reluctant to apply for awards as they think it might be complicated to do. What’s your advice?

Andrew: The award process has been considerably streamlined and simplified, so don’t feel intimidated. The form is there to guide you and to ensure that your nominee has the best chance of being recognised. When in doubt, pretend you are telling your best friend why you think the nominee deserves an award.

SSA: Any last words for Scouters who are thinking about nominating their peers?

Andrew: To quote Nike – JUST DO IT! We have far too many Scouters who are not recognised, sometimes for decades. 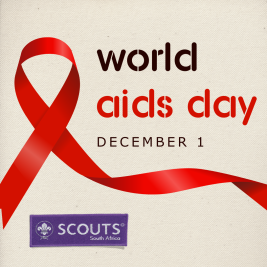