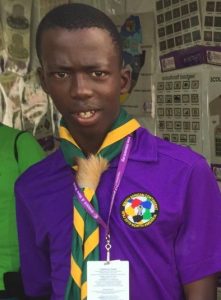 Lesedi Letshelo known to his friends as “Seska” recently returned from the 24th World Scout Jamboree in the United States of America. Lesedi is a grade 9 learner and lives with his parents and two siblings in the Promosa Township in Potchefstroom. He was one of four Scouts who was able to attend through the generous donations of the World Scout Solidarity Fund, Scouts and members of the public.

“On the day we left I was eager to go but I was also nervous because I didn’t have friends I knew going with me”, explains Lesedi. “We first had a pre-tour which took us to New York and Washington DC. Touring those two capital cities was very awesome, even though it was so hot! When we arrived at the World Scout Jamboree site it was great seeing other Scouts waving their hands at us!”

For the opening ceremony the South African contingent got to be on stage with Lebo M, the lead singer of Disney’s ‘Lion King’. ”I never thought I would ever stand in front of 45,000 people! Performing with Lebo M brought confidence in me”, says Lesedi with a smile. 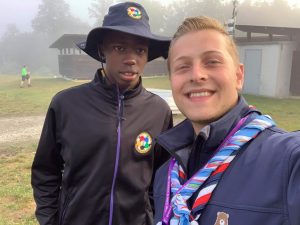 “At the Jamboree I learnt how other countries interact and implement Scouting. I also learnt how to interact with other people. I enjoyed the cultural day when we visited other bases and learnt about their cultures and languages. I mostly liked the Japanese culture because it’s a very popular and respective culture.

There were many activities. I enjoyed mountain biking and fishing. We got to talk to astronauts from the international space station and it was very interesting and inspiring. I never pictured myself talking to astronauts in space! Kayaking and 3D printing was awesome too because it was my first time doing it. Those were also the bases where I met Scouts from different countries and made friends. It was also fun taking my contingent team to the quarter finals of the Jamboree world cup soccer!” 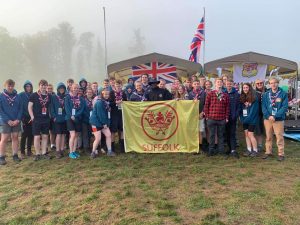 Lesedi with his Suffolk Scouting family

There is a partnership between the Scouts in Suffolk (UK) and the North West Scouting Region of South Africa. Lesedi felt at home when meeting them. “The Suffolk unit was very eager to meet me because they wanted me to feel like a family member because of the connection between them and North West Region!”

So how has this experience changed him as a person? “Being part of the SA contingent has changed my life in Scouting. Seeing other Springbok Scouts has motivated me to push harder. I would like to thank the people who sponsored me and the people who helped me make this possible. I have learnt that everything is possible if you believe!” 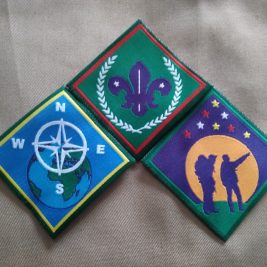 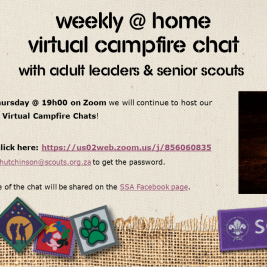