25 days to Akela 2016! We spoke to Mr Winston Adams, a South African Cub Alumni who currently sits on the Africa Scout Committee. 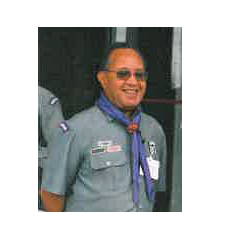 Mr. Adams joined the 5th Cape Town Cub Pack in the heart of Cape Town when he was 9 years old.” At the time there was a lot of violence around us and Scouting was a place where parents could let their children have fun in a safe environment because of the holistic programme and approach” he explains. “I really enjoyed being a Cub, we all did,” he continues. His face lights up and he smiles when remembering his Cubbing days.

“Our Pack Scouter Aaron Domingo was a fantastic role model to me and many others. At that time we could stay in Cubbing a little longer and none of us wanted to move up to Scouts because we were having so much fun as Cubs. I remember how we used to camp on the Glen in Camps Bay. There were no houses there at the time and we used to take the Kloofnek bus and then march down to the Glen and set up camp for the night. We also used to make lots of things with the knots we learnt and we played so many games. I remember the cock fighting game where we tied something to the back of our trousers and then had to grab it from each other. Those were fun times!” he giggles. “I also remember a Cub district camp. We went to Mosselbay and camped on the beach. It was very beautiful! It was only when I was about 12 and we wanted to join the Jamboree in Kimberley that we moved up to Scouts. We were told we needed to be Scouts in order to be able to go”, he reminisces. “We had a great time! I still remember the red sand and how I had to throw away my clothes when I returned home. It was a nice experience.” 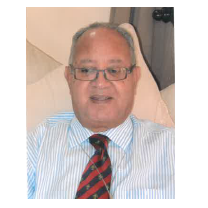 When asked how important the role of the Pack Scouters are in the lives of the Cubs Mr. Adams minces no words. “They are very important! My Scouters taught me a lot, especially Domingo. Even when I was a Scout and later as an adult we stayed became very good friends. Right up till when he passed. He was always there to help me and give me good advice. He was also the person who gave me the opportunity to be employed by the Scouting Movement.” Due to the political climate in South Africa at the time, there were four different Scouting Associations. He was a member of the Coloured Association. “I had grown up in the Coloured Association and when I was given the opportunity by Domingo, who was Chief Commissioner of that Association at the time, to become the first employee in 1968, I left my teaching position and grabbed the opportunity hands on. I am so grateful as he changed my life forever!”

Mr Adams has had a very successful career within national Scouting. In addition to being the first employee of the Colored Scouting Association and being part of the unification of the 4 Associations, Mr Adams was the Area Secretary for the Western Cape, he helped establish the Namibian Scout Office in Windhoek, he was appointed Secretary to the Southern Zone, was appointed the Director of the 1999 World Scout Conference held in Durban, he established the Operations Centre for Southern Africa in Cape Town and became the director thereof. .

After joining the Scouting Movement as a Cub in 1949, being a Scout professional for 42 years, being a key player on both the Africa Regional platform as the World Scouting platform, Mr Winston Adams still giggles when he thinks of all the adventures he has experienced. “It has been fun” he says with a smile! 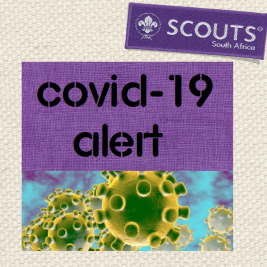 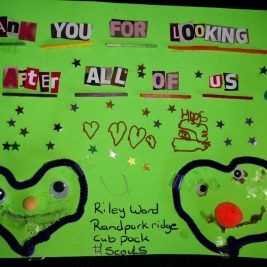 Thank you to our heroes!
Read More
North West Scouts