SCOUTS South Africa is a volunteer run organisation with a limited number of paid staff. The North West has a very active and vibrant Scouting programme run by a fantastic team of volunteers.  This is our North West Regional team! Thabiso (Papa) Majola manages Scouting in the region. He was previously the Assistant Provincial Commissioner for Rovers in the North West and has filled several other roles. He brings enthusiasm and experience to the role and is dedicated to empowering children and youth throughout the North West to be the best they can be!

Twenty five year old Mmapiti supports development of Cubs in the North West Region. She began Scouting in 2007 at the 5th ikageng Scout Group where she later also served as a Patrol Leader and a Troop Leader.  She was recently awarded a 5 years long service award and attained her Wood Badge. She is in the process ofcompleting her 2nd bead. Mmapiti holds a Bachelors degree in Social Work.

Gabonewe supports Rovers in the region.

Itumeleng supports adults in the region.

Tumi is the former Troop Scouter and Scout Group Leader of 5th Ikageng Scout Group in Potchefstroom. Tumi has a Scout Warrant, is a Wood Badge holder, has his 3rd bead and assessment for Leader Trainer (LT). 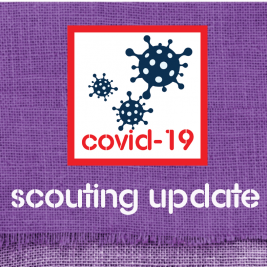